Shrek is now going viral and trending on Twitter due to not only the release of Marvel’s She-Hulk trailer for the Disney Plus streaming service, but “coincidentally,” today also happens to be the 21-year anniversary of the first film.

Presently as part of Twitter’s trending “What’s happening” feature, there are over 25k tweets about Shrek as well as over 20k tweets about Disney Plus, as the tweets are referencing the questionable CGI in Marvel’s She-Hulk trailer which features actress Tatiana Maslany as Jennifer Walters, the cousin of Mark Ruffalo’s Bruce Banner, who becomes She-Hulk, as well as the anniversary of the release of the animated movie from 2001. 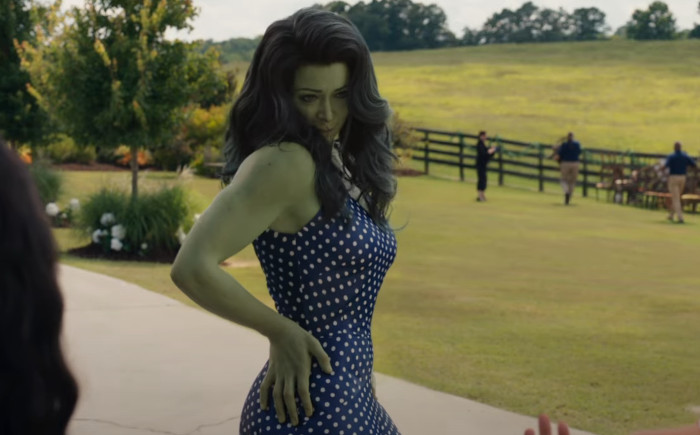 Those fans have been posting images of Shrek, Princess Fiona, and She-Hulk and questioning why the CGI looks so bad, with some MCU fans coming to the show’s defense offering there is still time to fix the visual effects before the series premiers on Disney Plus in August.

Rumors from the trades have offered She-Hulk is “stupid” and a “mess,” which is something easily proven by watching the trailer, which can be viewed below followed by Twitter reactions.

She-Hulk: Attorney at Law premiers on August 17 on Disney + consisting of nine episodes and follows Jennifer Walters as she Navigates the Complicated Life of a single, 30-something attorney who also happens to be a green 6-foot-7-inch Superpowered Hulk.

Always tried to be positive with the cgi but this one is seriously bad, it looks like it’s from a 2000s animated movie or a video game.

cant believe they made a shrek spinoff to fit in the MCU pic.twitter.com/0LLFv1KhLj

Even Fiona from Shrek has bigger calves. https://t.co/H5XTYPnUU4

the VFX are Shrek 1 quality https://t.co/TNpiMglT9V

They Forgot to make her smoking hot. She comes off like Shrek’s wife on a diet.https: //t.co/6KZBm2pKw3

Am I the only one who thinks this CGI of Jennifer is a complete ass. I thought I saw Fiona from Shrek with green hair. #SheHulk

Idc if the She Hulk cgi looks like a live action background character from Shrek. That’s mother pic.twitter.com/IiebxrpHUw

do you think disney intentionally released the she-hulk trailer on the anniversary of shrek’s release https://t.co/XOQZn7M9S3