Of all states, Arunachal Pradesh has the highest proportion of both men (53%) and women (24%) who drink alcohol. Among women, Arunachal Pradesh was followed by Sikkim (16%); among men, it is followed by Telangana (43%). Besides Arunachal and Telangana, alcohol consumption among men is higher (40% and above) in the upper Brahmaputra region of Assam, districts in Jharkhand and Bastar region of Chhattisgarh, and the Chhota Nagpur region of Jharkhand and Odisha. 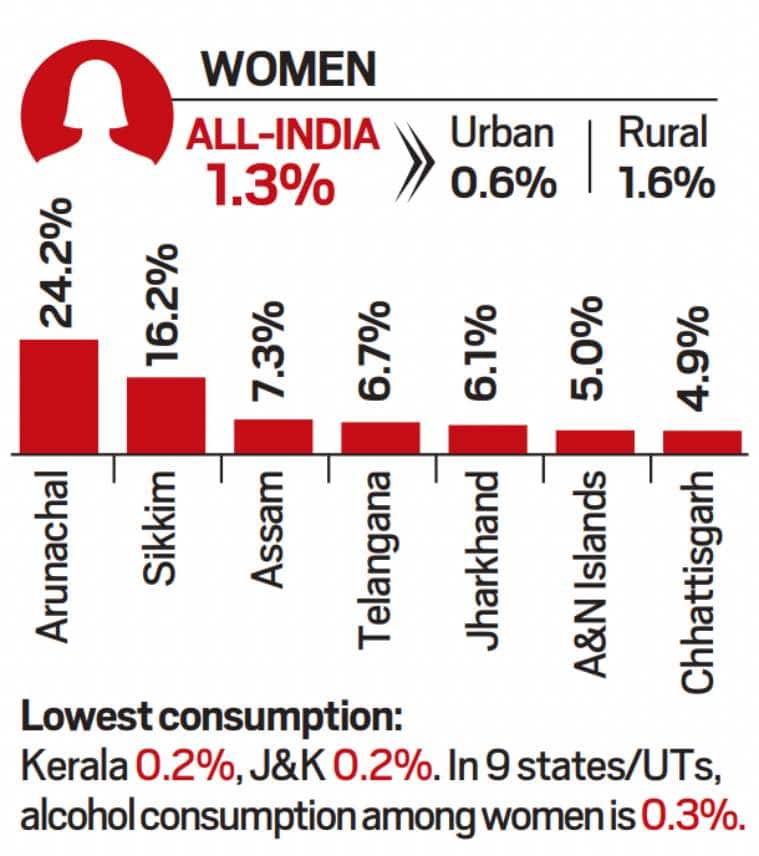 The level of alcohol consumption among men is 30-40% in parts of Chhattisgarh, Uttarakhand, Manipur, Meghalaya, Tripura, and a few districts of Odisha. It is below 30% in the remaining parts of India, and the lowest in Lakshadweep (0.4%).

Alcohol consumption is more common among those from the Scheduled Tribes than from any other caste / Tribe groups; this is true of both women (6% consumption among STs) and men (33%). Among religious groups, the proportion of men who drink alcohol is higher among those belonging to “other Religions” (47%) than among those belonging to the Hindu (20%), Muslim (5%), Christian (28%), Sikh (23.5%), Buddhist / Neo-Buddhist (24.5%) and Jain (5.9%) Religions.