By every measurement, NAB 2022 was smaller than the last such convention that took place before the COVID-19 Pandemic. After two years, enough companies and people flocked to Vegas to congregate, confab, and make deals. NAB reports that 52,468 people flocked to Vegas to examine the gear and catch up with friends from afar, whereas approximately 90,000 attendees attended NAB 2019. Fewer attendees didn’t rattle exhibitors who enthused over the quality and serious intent of booth visitors, and attendees enjoyed less crowded aisles and easier access to everyone and everything on the show floor.

In his opening address, NAB president / chief executive Curtis LeGeyt praised local Broadcasters as “a leading voice in helping communities sort through a multitude of information and emotions, while also striving to find common ground and common good” during the Pandemic, Civil Unrest, and extreme weather events. He urged Congress to “Rein in the gatekeeping ability of the Big Tech Giants who are stifling the Economics of local news,” pointing to a 2021 study that “found that local Broadcasters lose an estimated $ 2 billion annually when our content is accessed through Google and Facebook. ” He added that “Google and Facebook control an estimated 77 percent of locally focused digital advertising ”and encouraged Congress and the FCC to“ take a fresh look at whether these decades-old regulations are helping or impeding broadcast competition and media diversity. ”

The NAB Show is a destination for standards and policy groups to announce their news. Terri Davies, MPA’s new president of the Trusted Partner Network (TPN), presented her plan for a comprehensive change in the organization’s assessments program. With TPN now in the cloud (a trend elsewhere at NAB), the expanded Gold standard streamlines the Assessor accreditation and offers a single standard, reducing the need for multiple security assessments. TPN also added the Blue program, with vendor self-certification and alternative certifications. “Security threats are growing more insidious and sophisticated even as work in the cloud becomes the new norm,” Davies said. “TPN’s expanded program will” [make] it is easier for service providers to meet security benchmarks and for content owners to make more informed independent vendor selections from a more accessible and centralized source. ”

SMPTE Hollywood and the HPA IMF (Interoperable Master Format) Working Group also held a panel (which I Moderated) describing the growing adoption of the IMF as a standard for deliverables, offering best practices for IMF workflows, and describing the benefits for content owners as well as technology and service vendors.

On the floor, what quickly became evident was that technologists have spent the Pandemic honing existing tools and creating others to enable such Trends as remote workflows, the move to the cloud, virtual production, Automation, and speed via machine learning / artificial Intelligence and 8K / 12K and HDR (as well as an expanded color Spectrum, with Baylor University spin-off 6P Color). 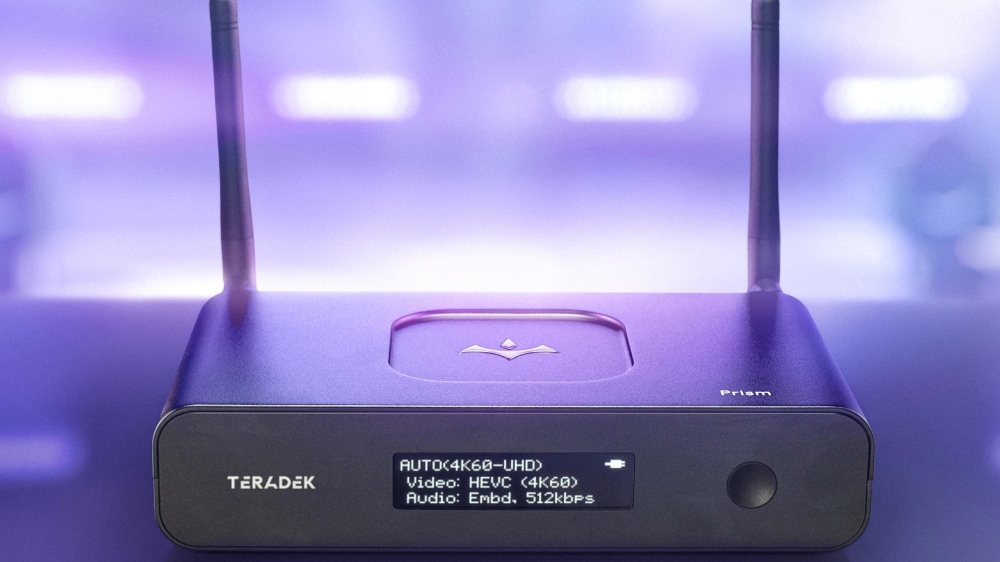 Workflows included dailies with Colorfront launching its Colorfront Streaming Server, which it dubs “a cost-effective, live-streaming Appliance delivering color Fidelity and real-time performance” for post-production. MTI Film, which offers digital film Restoration, dailies Workflow, and transcoding software, introduced a frame-rate converter in Cortex that will allow owners of Legacy content to Remaster to and from any frame rate; Cortex also packages IMF renders for delivery. 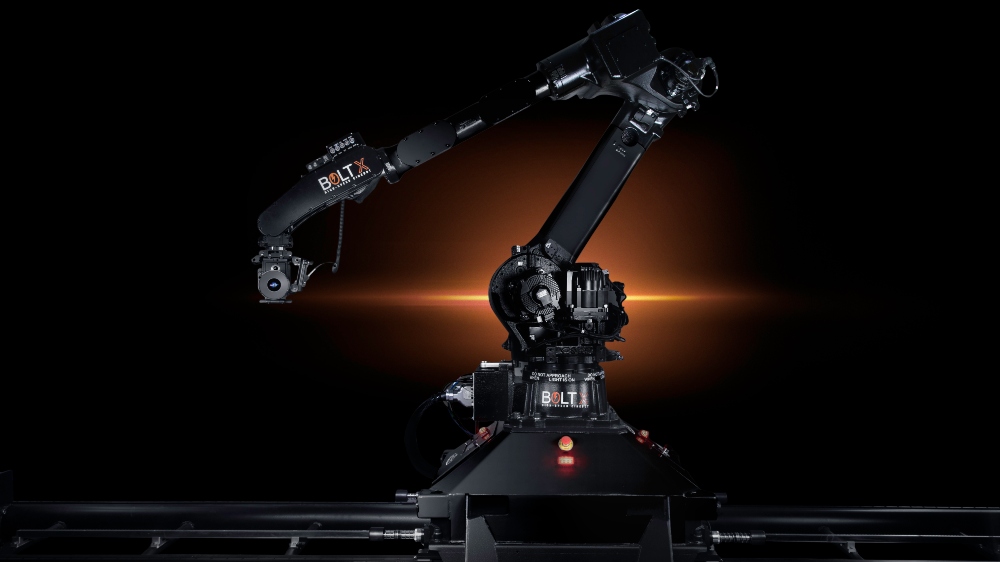 Virtual production was another theme of NAB, with the organization’s opening party taking place at the virtual production stages of startup Vu Studios, which also hosted a very popular location-based “Unreal Ride” in the lobby of Central Hall, made possible via Mark Roberts Motion Control (MRMC) system set up with its Bolt camera, and the composited result shown on a huge Vu LED wall. NAB attendees waited in a long line to have a turn sitting on a prop motorcycle and, via virtual production, zip through a CGI cityscape. Other companies in the virtual production space included Mo-Sys, with its StarTracker system, and Brompton, which makes video wall controllers. Disguise, previously known for its live production work, teamed with LED solutions company Roe to show off its XR (extended reality) workflow’s integration with LED and camera tracking technology, as well as Unreal Engine, to control the production from one central software. Sony showed off its Crystal LED B-series display targeting virtual production, with two-pixel pitches sizes, anti-reflection coating, a 170-degree wide viewing angle and a wide color gamut.

Super high resolution cameras were also much in evidence. Sony’s VENICE 2 and Canon Cinema EOS R5 are both 8K cinema cameras honored with a NAB 2022 Top Product nod. Sony’s VENICE 2 features 8K and 6K full-frame sensors and is aimed at cinematographers. Canon’s Cinema EOS is the first to combine 8K filmmaking with the EOS R System’s 45 megapixel still photo Capture at burst speeds up to 20 frames per second; as such, the new camera is aimed at multimedia producers among others. According to Canon, the hybrid camera offers a high-resolution, full-frame CMOS sensor, DIGIC X processor, and the RF Mount. 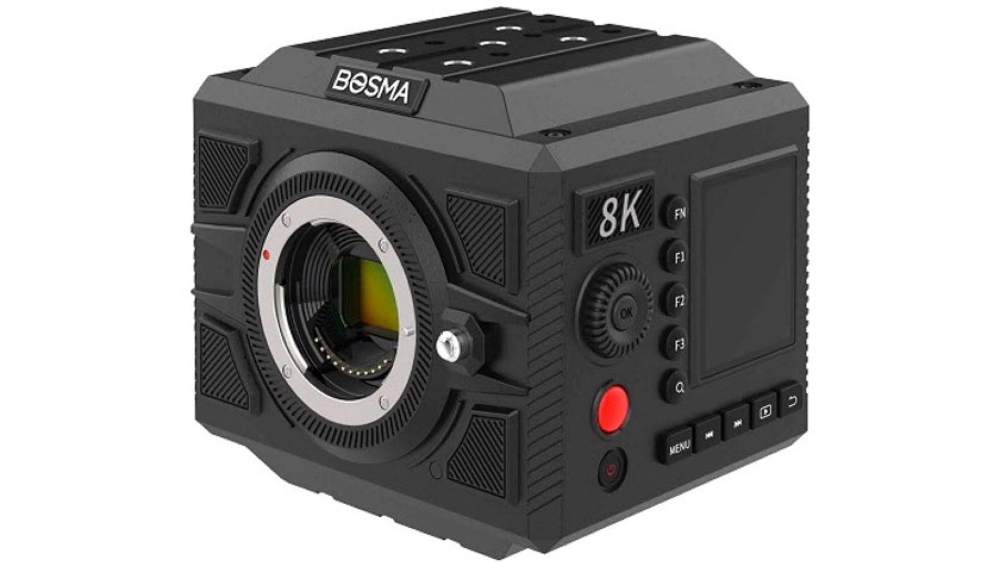 Blackmagic Design showed off its own high-res camera, the URSA Mini Pro 12K camera featuring a new sensor with a native 12.288 × 6480 resolution for 80 megapixels per frame. The company says its Super 35 sensor has 14 stops of dynamic range and a native ISO of 800. These familiar names weren’t the only companies to show off high-resolution digital cameras. Bosma, a Chinese home security company, launched three 8K cameras at NAB 2022: its G1 Pro camera / streamer; B1 broadcast camera, and the “soon-to-debut” G2 camera. The G1 is based on a 4/3-inch CMOS sensor, with 33 million pixels, and uses an MFT lens mount with adapters for PL and EF lens types. At 8K, the G1 only offers 30p; at 4K, i5 offers 60/30/25/24 fps. The B1 is aimed at Broadcasters. Bosma did not release information about the G2 or prices on any of the cameras.

Machine learning / AI has been integrated into dozens and dosens of new and existing products, including many of those mentioned above. Some of the standouts in this area include DeepBrain AI, which released its AI Studios platform at NAB 2022. Now available in beta, the AI ​​Studios platform, “streamlines the video production process by utilizing state-of-the-art AI video synthesis to create videos with ultra-realistic Virtual Humans. ” Prime Focus Technologies (PFT) introduced their use of AI to automate the supply chain with its Clear product. Veritone uses AI for content and monetization in the Metaverse; automating media workflows; access near-instant broadcast metrics; and custom solutions including media search & Discovery, captioning and subtitling, and MAM / DAM integrations. 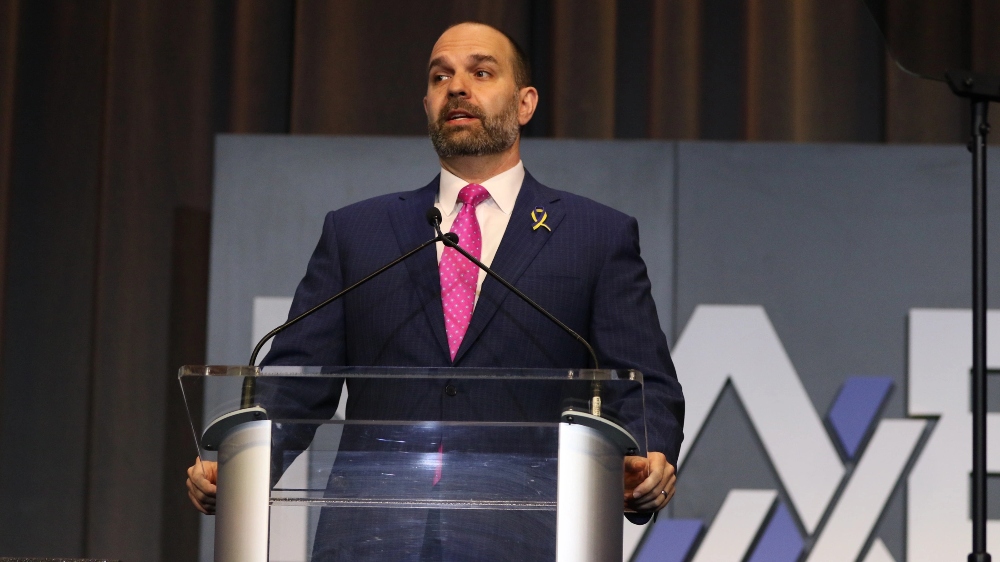 Machine learning / AI was also found in a handful of captioning and translation productions at the show. Digital Nirvana’s Trance is a SaaS cloud-based platform that uses AI to auto-generate transcripts, create closed captions and translate text into 100+ languages, with a user-friendly interface. The company said that “captions can be generated per presets to conform with style guides per the requirement of digital publishers.” EEG Video and Ai-Media (which acquired EEG in April 2021) showed its cloud-based solutions of EEG iCap, Falcon, and Lexi Automatic Captioning with Ai-Media’s captioning, transcription and translation.

VoiceInteraction, a spinoff out of a university research center in Portugal, uses Machine Learning algorithms and Deep Neural networks for a variety of automated speech processing technologies. Aimed at the broadcast industry, its Audimus.Media operates 24/7 and offers automated closed captioning and automatic translation in 30+ languages, with “client-driven vocabularies and on-top integrations.” Interra Systems’ BATON is a machine learning / AI-enabled automated QC platform for VOD content in the cloud or on-Prem, including QC of subtitles and closed captioning verification.

Although NAB offered fewer vendors than in the pre-Pandemic years, there were still 900 of them there, from all over the world (with Pavilions for the UK, France, and South Korea, among others). In other words, too many companies and products for any one journalist to cover. From my perspective, NAB 2022 showed that technologists have been busy throughout the Pandemic producing products that helped clients Survive and thrive during the shutdown. They rose to the occasion, and end users will clearly benefit from it. 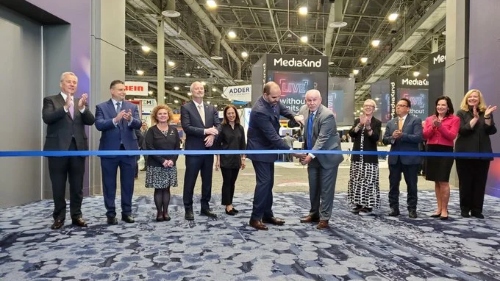