This week’s round-up of live entertainment in and around Manchester is brought to you by A. Robert Dionne of Ted Herbert Music School & Rentals. Email your entertainment events to [email protected] for consideration. Be sure to add your events to the InkLink community calendar for possible inclusion in the live radio report on WMNH 95.3 (The Morning Show with Peter White – “World of Entertainment” LIVE every Thursday at 8 am). 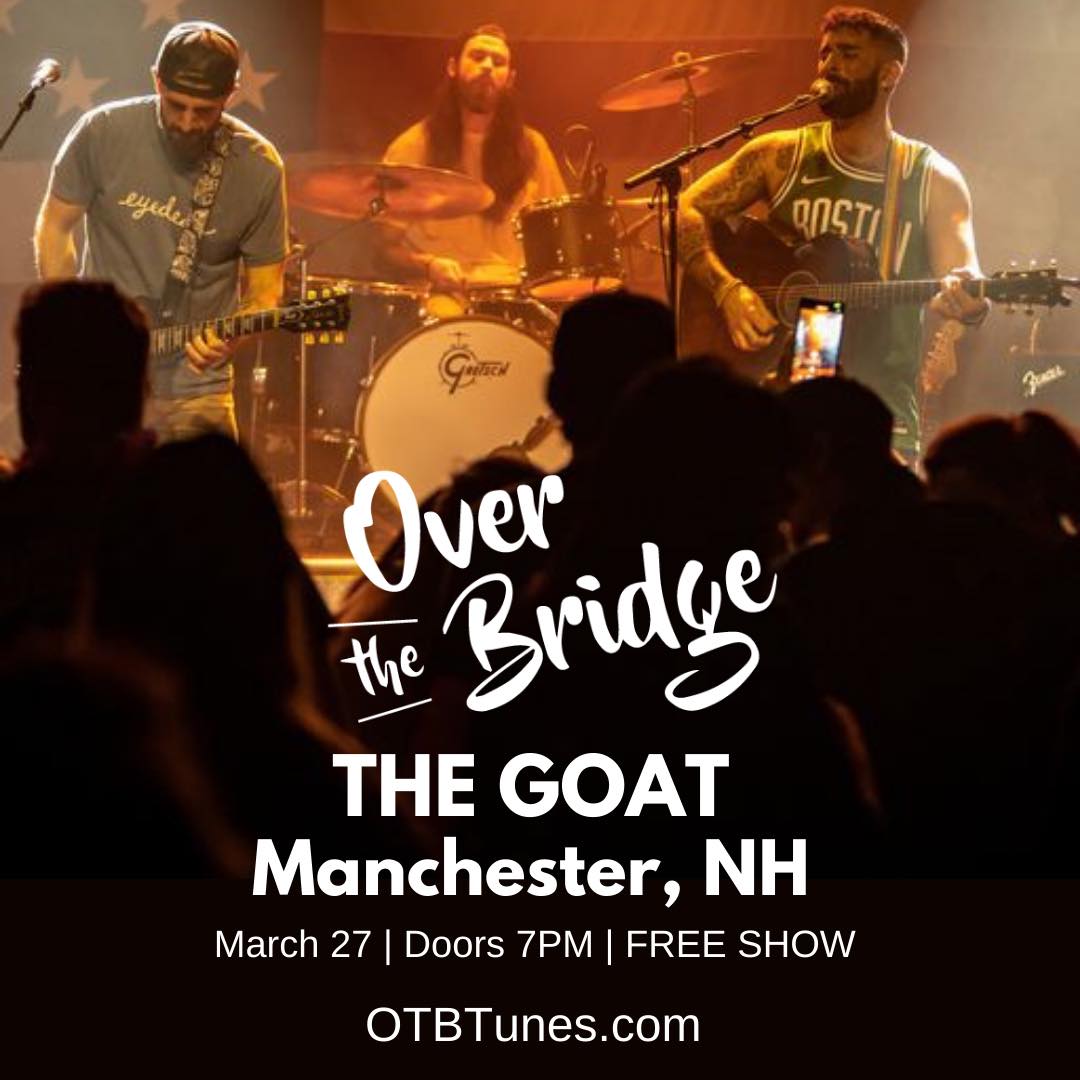 Always be sure to check the venue’s website or Facebook page for last-minute changes or covid requirements. 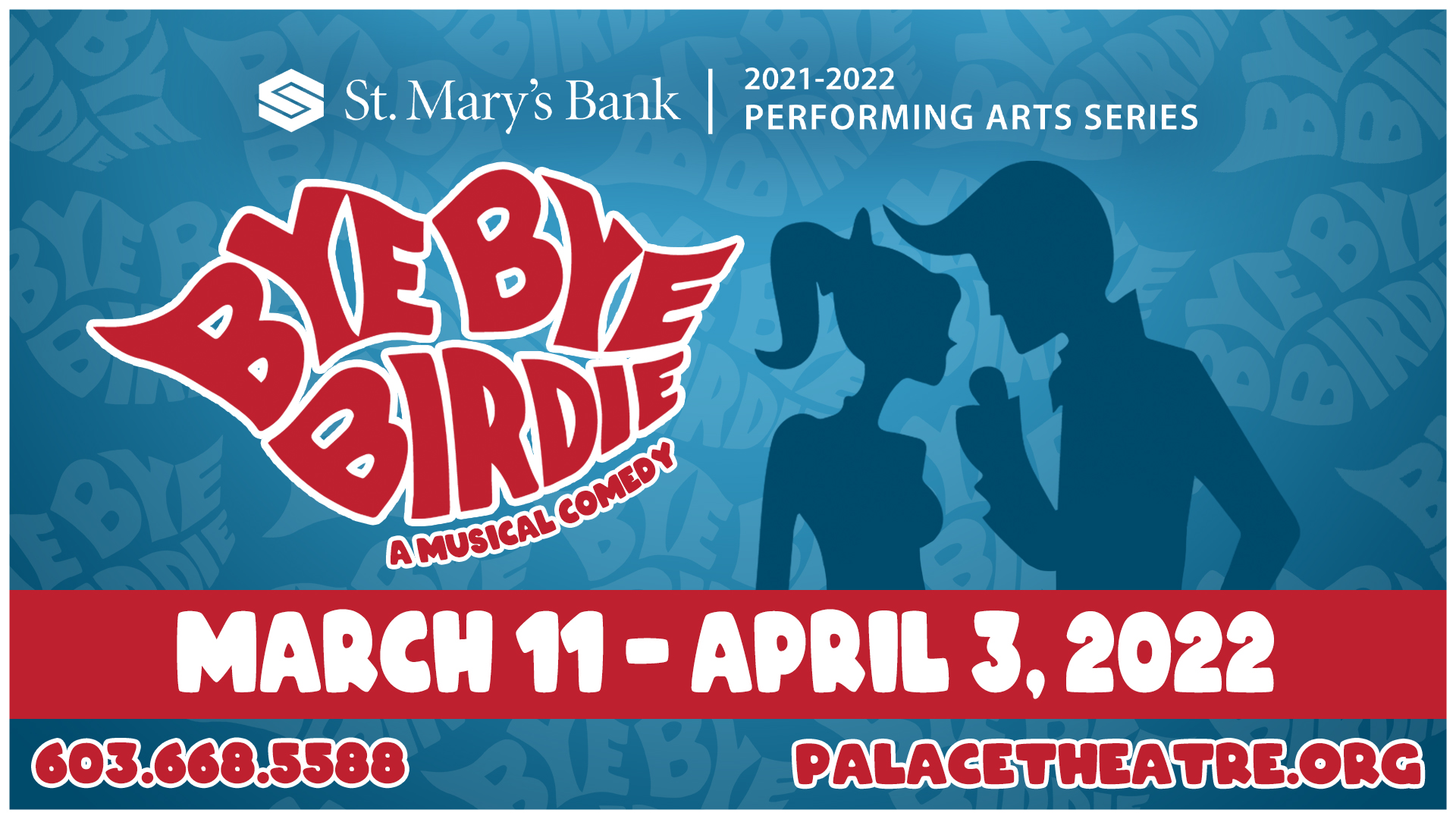 A loving send-up of the 1950s, small-town America, teenagers, and rock & roll, Bye Bye Birdie remains as fresh and vibrant as ever. Teen heartthrob Conrad Birdie has been drafted, so they chooses All-American girl Kim MacAfee for a very public Farewell kiss. Featuring a tuneful high-energy score, plenty of great parts for teens, and a hilarious script, Birdie continues to thrill audiences around the world.

Bob loves being a Comedian. He’s Wicked good at it! He lives in Maine which is the best state in the world maybe even the universe. He’s featured regularly on Sirius XM radio and he even won their Superbowl of Comedy! He has put out over 20 Comedy CDs and DVDs! He was inducted into The Guinness Book of World’s Records for “the longest stand-up comedy show by an individual” at 40 hrs of straight stand-up! He’s been on over 100 TV shows including Leno, Letterman, Conan, Jimmy Fallon, Craig Ferguson and Comedy Central to name just a few. He costarred in “Boondock Saints” I and II “All Saints Day” playing Detective Greenly. He has toured the US, Europe, Canada, Kuwait and Iraq. That’s about it! 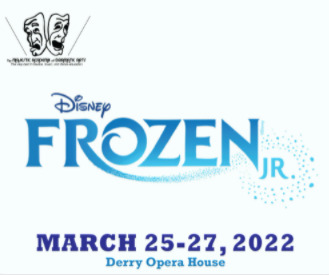 The enchanting modern classic from Disney is ready for our Broadway Junior stars! Frozen JR. is based on the 2018 Broadway musical, and brings Elsa, Anna, and the Magical land of Arendelle to life, onstage. The show features all of the memorable songs from the animated film, with music and lyrics by Kristen Anderson-Lopez and Robert Lopez, plus five new songs written for the Broadway production. (Youth & Teen Cast)

The classic stuff that is perfect for tax time! Jon Trachtman and Leslie Arthur are out of work Musicians who room together in New York City. To save money, Jon has been filing tax Returns listing the pair as married. The day of Reckoning comes when the Internal Revenue Service informs the “couple” they’re going to be investigated. Leslie masquerades as a housewife, aided by Jon’s fiancée, Kate. Complicating matters further, Leslie and Kate are having an affair behind Jon’s back, Jon’s mother drops in unexpectedly to meet her son’s fiancée, and Leslie’s ex-girlfriend shows up demanding to know why Leslie has changed and won’t see her anymore. Like a cross between “I Love Lucy” and “Some Like it Hot”. 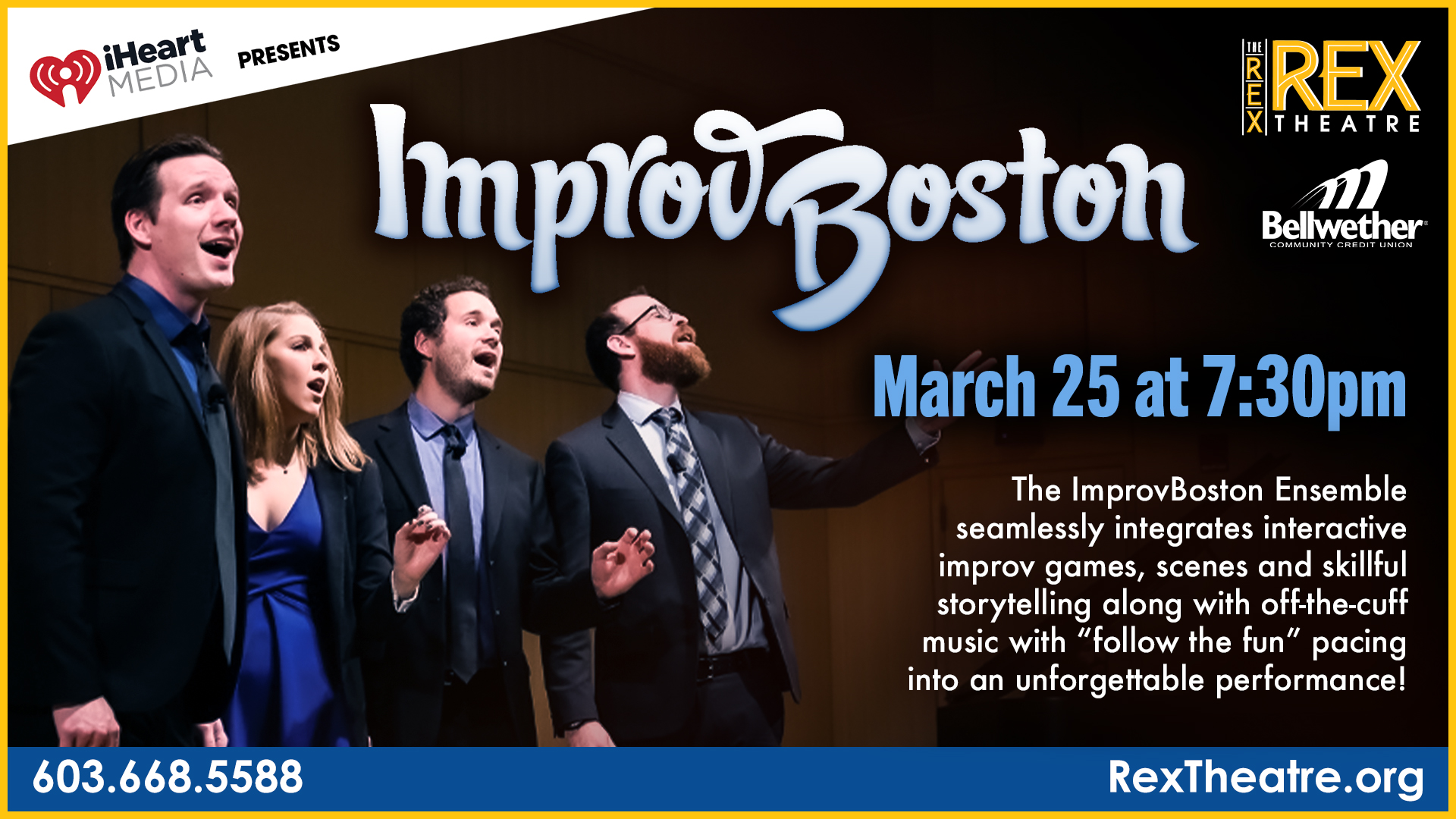 Max Weinberg’s Jukebox comes armed with an unlimited repertoire of classic songs, engaging the audience in a truly interactive concert experience. Weinberg invites his fans to create the setlist in real-time and his crack four-piece group plays the songs on demand. Performing songs from the Glory days of rock and roll – YOU get to choose from a video menu of over 200 songs – everything from the Beatles to the Stones to Bruce and The E Street Band’s biggest hits.

They have been called the “Masters of Comedy” by the Boston Globe and have been voted the “Best of Boston” by The Phoenix, The Improv Bostonian, and The Weekly Dig, and their performers have included film stars, Emmy Award-winning comedians, and acclaimed producers, directors, Musicians, and Writers.

This hilarious show unfolds before your eyes as everything is made up on the spot and performed in real time. The ImprovBoston Ensemble seamlessly integrates interactive Improv games, scenes and skillful storytelling along with off-the-cuff music with “follow the fun” pacing into an unforgettable performance. This show has never been seen before and will never be seen again. The best part: it’s all inspired by the audience.

Known for their hit songs “Still The One,” “Dance With Me,” and “Love Takes Time,” Orleans is an icon of rock’s classic era. Praised by their peers for their songwriting, Instrumental prowess and trademark harmonies, their musical depth and true Mastery of the live performance continue to resonate with audiences of all ages. https://www.anselm.edu/dana-events/evening-orleans

There’s magic to do when a prince learns the true meaning of Glory, love and war in Stephen Schwartz’s iconic and unforgettable musical masterpiece. Presented by the Pinkerton Players https://stockbridgetheatre.showare.com/

Top Of The World Is The World’s Premiere Tribute To The Carpenters! Fronted by singer Debbie Taylor, her Karen Carpenter vocal resemblance is absolutely Astonishing. She is backed by a seven piece band consisting of top-notch, professional industry musicians who have had amazing careers in their own right. The band members are all multi-instrumentalists and at times use 3 keyboards to recreate the incredibly complex arrangements created by Richard Carpenter. The attention to detail paired with saxophone, trumpet, flute and many more instruments complete every song to perfection! www.tupelomusichall.com

Email your entertainment events to [email protected] for consideration. Be sure to add your events to the InkLink calendar for possible inclusion in the live radio report on WMNH 95.3 (The Morning Show with Peter White – “World of Entertainment” LIVE every Thursday at 8am).